Walter Gropius & Alec Cvijanovic, 1964/76. The museum of Bauhaus history, situated beside the Landwehr canal in Berlin, is the largest of the Bauhaus museums. It was designed by Walter Gropius, founder of the Bauhaus in 1919 and one of Germany’s and then USA’s leading architects. Max Bill, the Swiss designer who had been a Bauhaus student, described it as “a screwed-up old man’s design.” 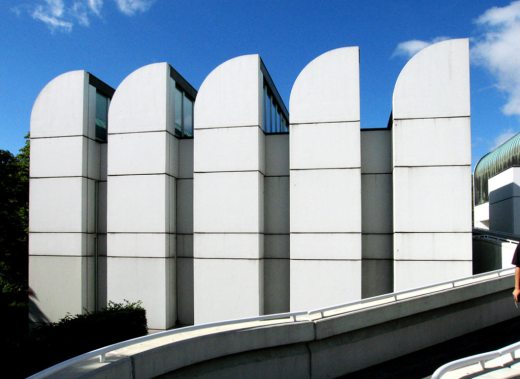 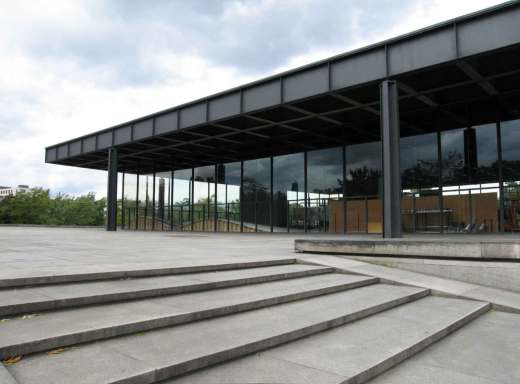 The New National Gallery was designed by Mies van der Rohe and opened in 1968. He adapted the design from a plan for Bacardi’s Cuban headquarters, cancelled after the Castro revolution in 1960. It was built on a prominent location on Potsdamer Strasse in the Kulturforum, close to the border with East Berlin and thus intended as a showcase of Western cultural superiority.

The external columns free up the vast interior space which is open to the light and largely unusable for its intended purpose. Mies stated that he “couldn’t take those difficulties into account.” The actual museum is underground.

But the main pavilion is an astounding space, a beautiful classical structure not unlike the Parthenon but conceived in modernist terms. It is considered “one of the foremost examples of modernist structural abstraction” (Galinsky.com). The sculpture is by Alexander Calder. 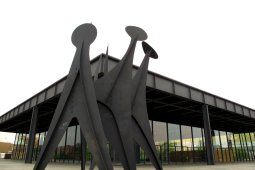 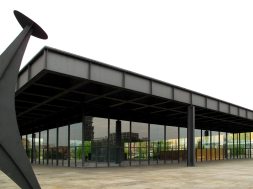 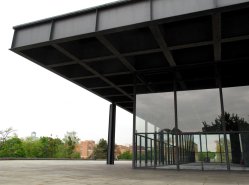 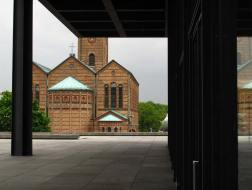 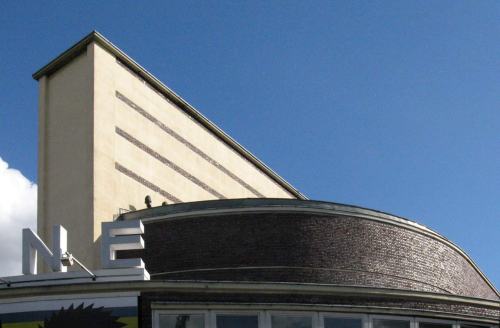 Erich Mendelsohn built the Universum Kino in 1925-31. A former cinema on the Kurfurstendam, it was partially rebuilt in the 1980s, but still shows the dynamic outline of Mendelsohn’s design. It was a hangout for Berlin’s Beatniks in the 1960s. 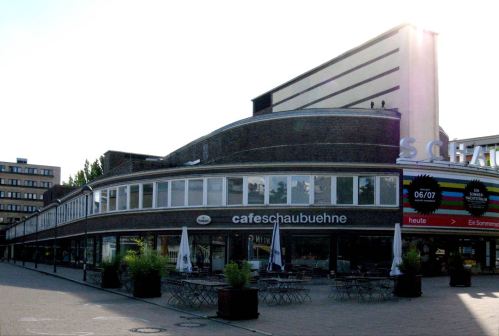 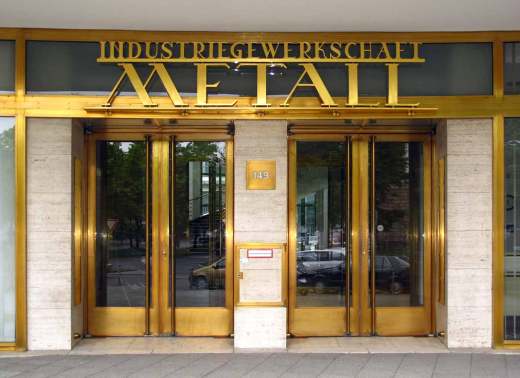 Erich Mendelsohn, 1930. Photographs taken in the foyer can be found at the blog architectureinberlin.com. 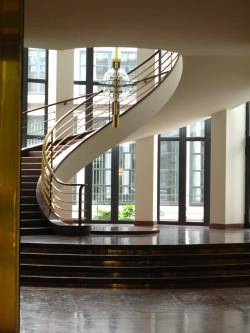 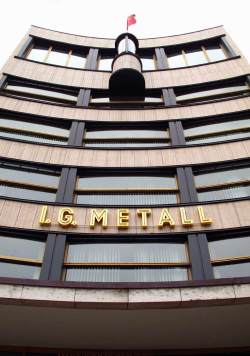 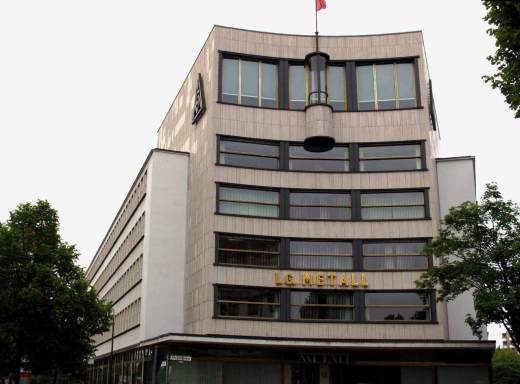 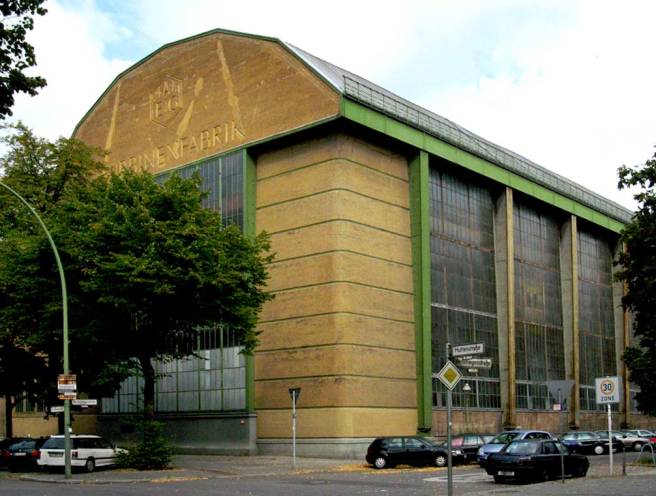 The turbine plant was built by Peter Behrens in 1909 at Huttenstrasse 12-16 in the Moabit industrial district.

AEG – Allgemeine Elektricitäts Gesellschaft – is the giant electrical company founded in 1883. Berhens designed the Turbine factory as “a magnificent iron and glass hybrid of two eminently classical temple traditions – the Greek and the Egyptian” (- www.mimoa.eu). Unfortunately, a large tree covers the entrance and blocks sight of the grand facade. 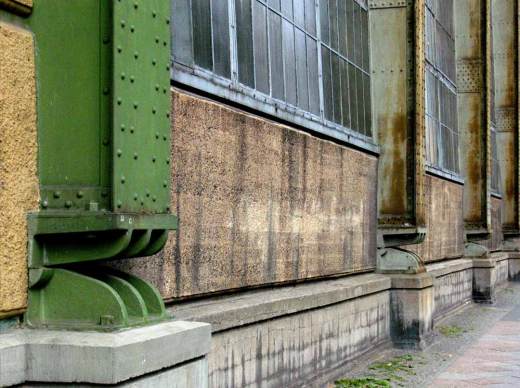 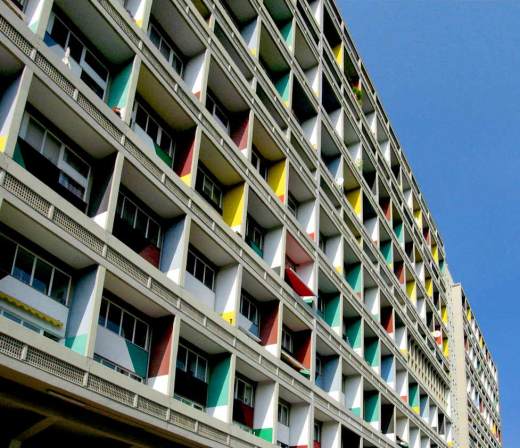 Le Corbusier, 1956-59. A further iteration of the more famous Marseille structure of the same name, the ‘housing unit’, essentially a block of flats, is a gigantic horizontal slab like a concrete ocean liner. It accommodates 530 units on 17 floors. The wooded location and the polychrome surface relieve the potential monotony of the concrete.

Those who are not sympathetic to this kind of architecture would be amused to learn that it’s only a few metres from the Olympia Stadium, built by the Nazis for the 1936 Olympic Games. 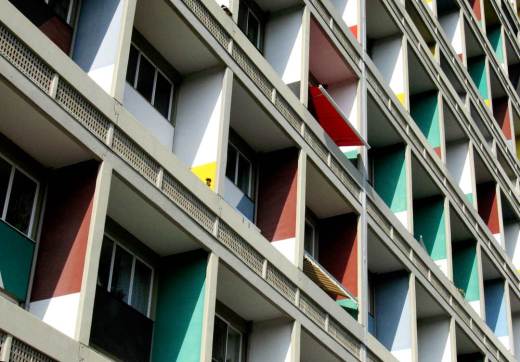 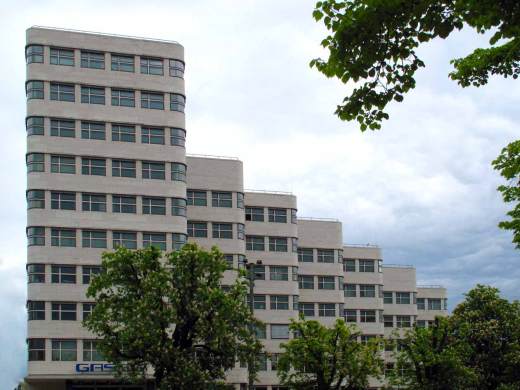 Emil Fahrenkamp’s 1932 Shell headquarters is a handsome, unified ensemble of office structures. It is located on the beautiful Landwehrkanal in the Tiergarten district. Alongside the main tower, six smaller wings nestle in descending order, united in a gentle wave. Not too badly damaged during WW2, it was given heritage listing and eventually restored. It is the architect Fahrenkamp’s masterpiece, and is surprisingly timeless as it could have been designed any time up to the 1970s. 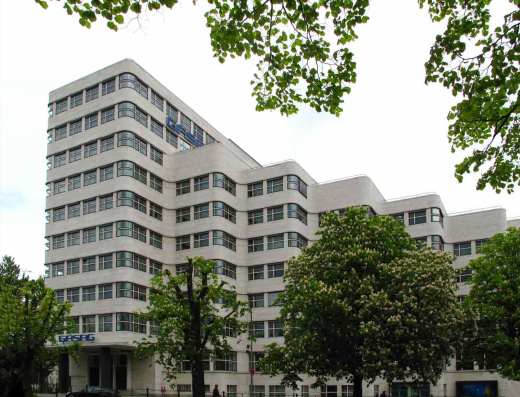 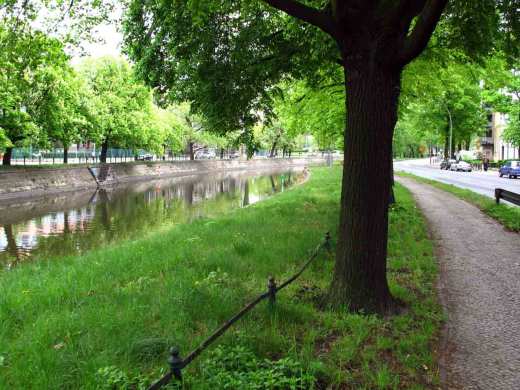 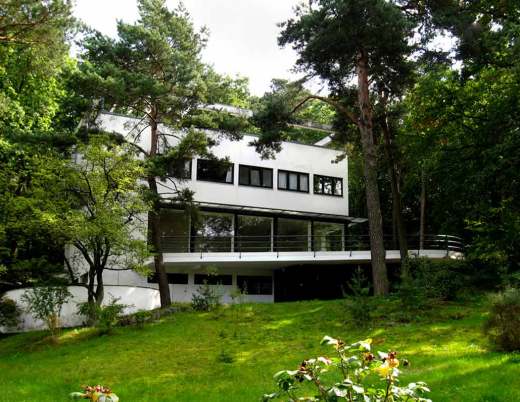 Two adjacent modernist villas nestled into woods on the edge of parkland in the street Am Rupenhorn where Erich Mendelsohn’s house was also situated. These are prime examples of Germanic modernism in the domestic villa, and seem, from the outside at least, to resemble Richard Neutra’s contemporaneous work in Los Angeles. They were designed by Wassili & Hans Luckhardt in 1928. 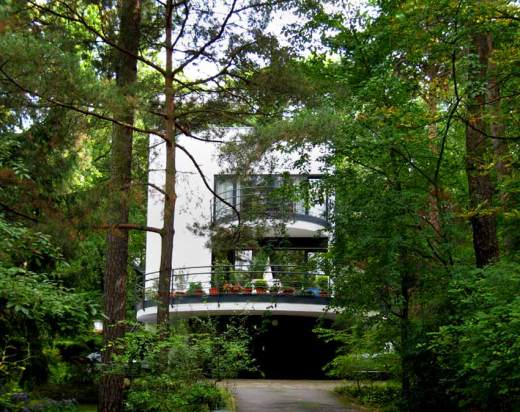 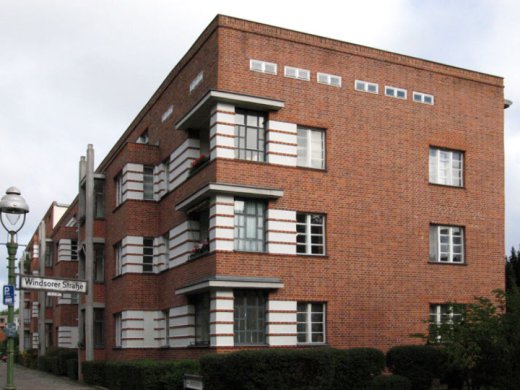 The first urban housing project in Berlin in the Weimar period.

One thought on “Berlin”