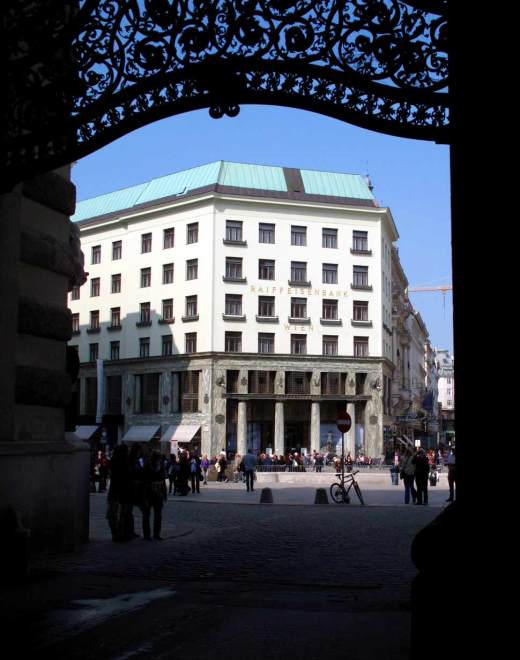 Called ‘Looshaus’, the bank building at Michaelplatz square was finished in 1910. It was radical in its day for its rejection of historicist and Secession ornamentation – locals called it “the house without eyebrows”.

In 1908 Loos had published his famous essay Ornament and Crime in which he declared “I have discovered the following truth and present it to the world: cultural evolution is equivalent to the removal of ornament from articles in daily use”. 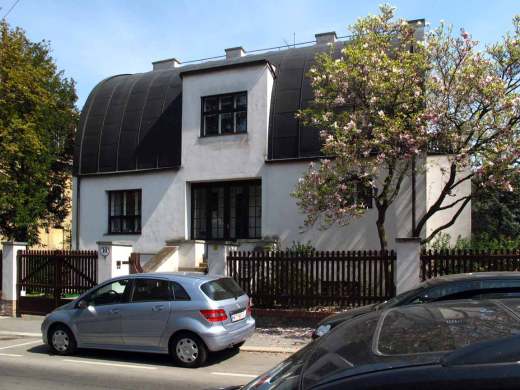 Although Steiner House, 1910, is in a crowded suburban street it became a modernist icon for its “ absence of ornaments, spatial economy, use of the flat roof on the garden side, the reduction of the external image to a pure white shell.” (greatbuildings.com). The sloping roof contains the studio of the client, the painter Lily Steiner, and it cleverly gets around the planning law which permitted only a single storey front with a dormer window. 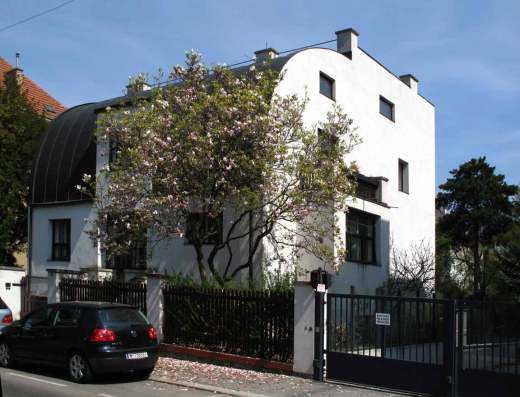 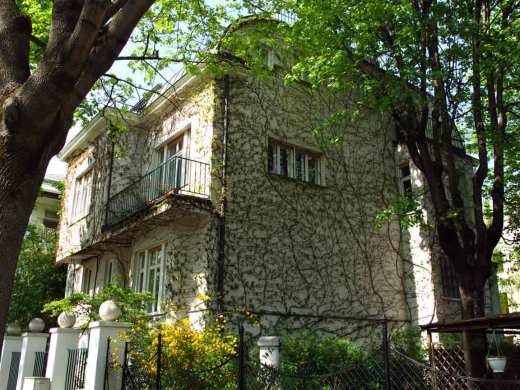 A 1918 remodelling of an existing house, it uses the sloping metal roof previously found in the Steiner House. 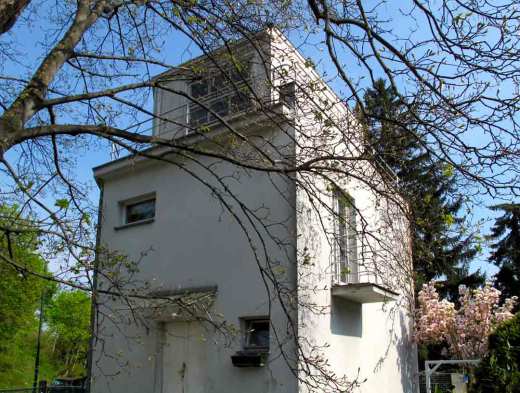 The Werkbund was an association of architects, designers, and industrialists developing progressive housing schemes. In the early decades of the 20th century.

Werkbundseidlung Wien was a socially and architecturally advanced housing estate created in the early 1930s. Established on a green fields site then at the edge of Vienna, the project attracted 32 modern architects including Josef Hoffmann, Adolf Loos, Richard Neutra, Hugo Häring and Gerrit Rietveld. 70 houses were built in various modern styles and it functions today as both a suburban enclave and as an encyclopedia of modernist architectural styles. 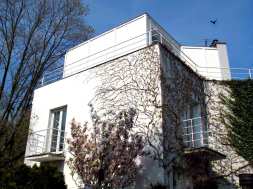 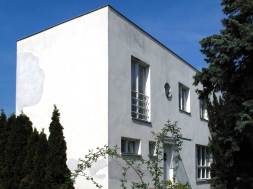 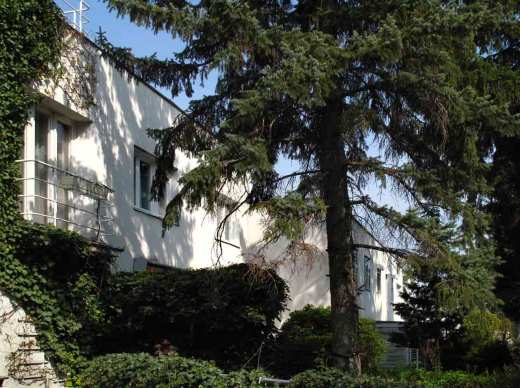 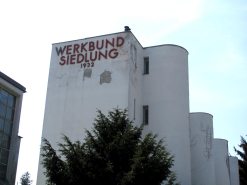 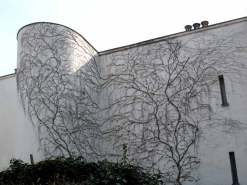 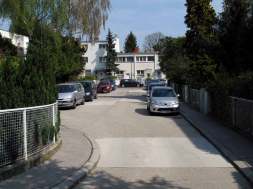 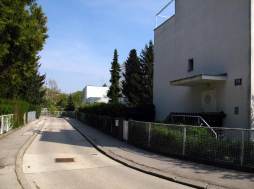 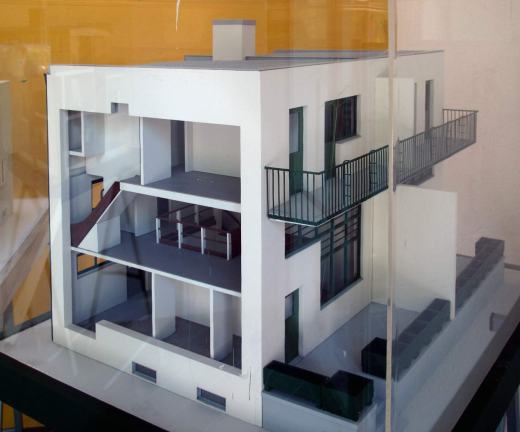 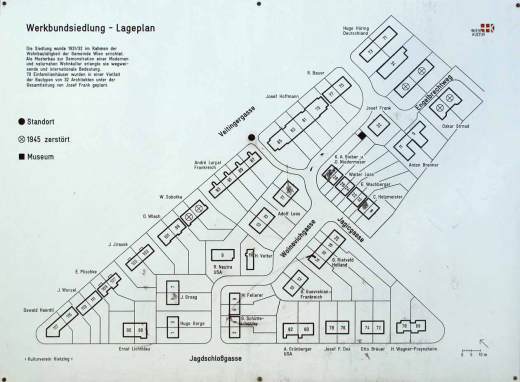 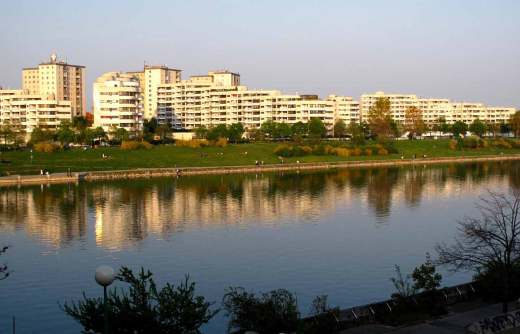 Wohnpark Neu Donau – new Danube residential park – was built in the 1990s along the Danube river in Vienna’s suburbs.

Australian architect Harry Seidler, who was born in Vienna in 1923, was invited by the City to create a new subsidised housing estate and cover an eight lane freeway. Seidler had been taught by Bauhaus professors Walter Gropius and Marcel Breuer so he was ideally suited to reinterpret the Viennese tradition of modernist worker housing estates (see Werkseidlung Wien above).

Seidler’s design of 850 apartments zig-zagging along the bank gives all residents a view of the river. 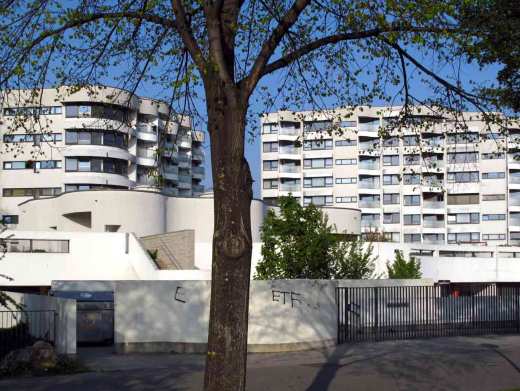 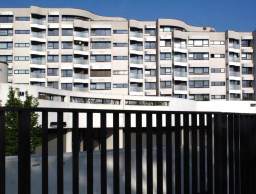 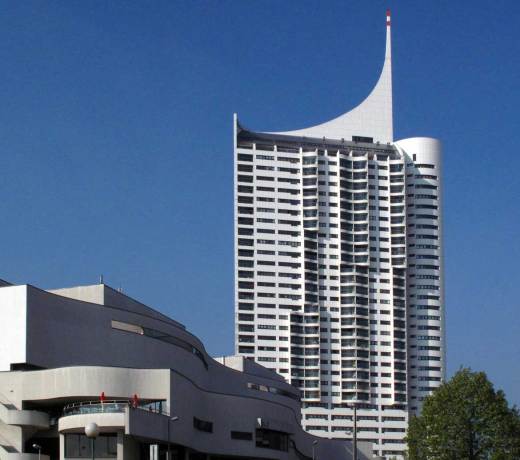