Walter Gropius was given funding by the government of Dessau to build housing for the professors at the Bauhaus, and he built a series of four villas nearby. Three were duplex/semi-detached buildings, to house two families each, and one was a free-standing villa for himself, as director of the Bauhaus. Unfortunately, this one was bombed during World War II and no longer exists. At the time, the Master’s Houses were amongst the most advanced modern houses in Europe.

The remaining villas are now restored and are open to the public. Visitors can go into the villa shared by Wassili Kandinsky and Paul Klee, and Lyonel Feininger and Moholy-Nagy, and see their studio rooms and living quarters. 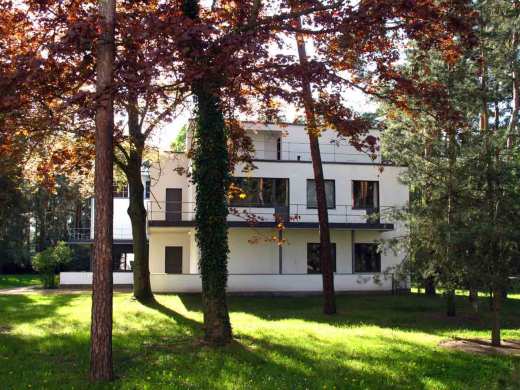 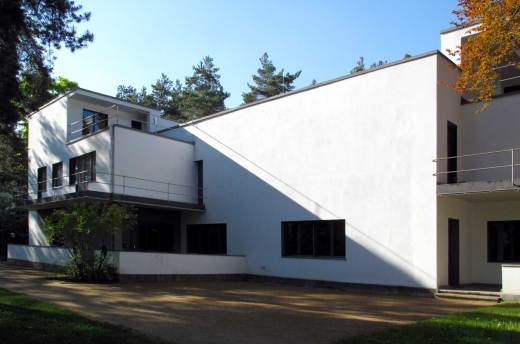 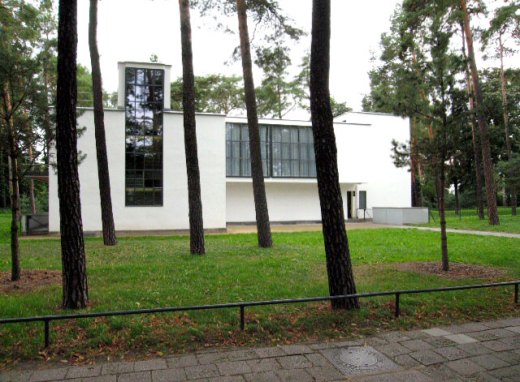 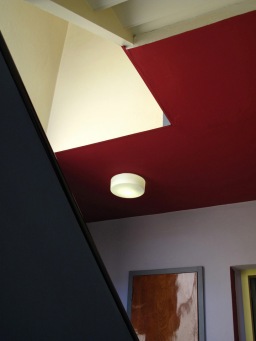 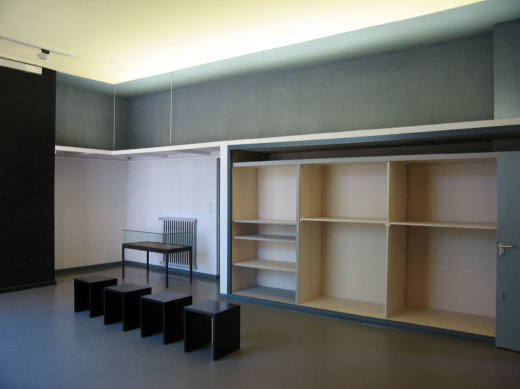 1929-30, is a restaurant on the banks of the Elbe river in Dessau.The architect was Carl Fieger who worked in the office of Walter Gropius, previously director of the Bauhaus nearby. The design has the bold sculptural mass and functional structure of other Bauhaus-related buildings in Dessau. 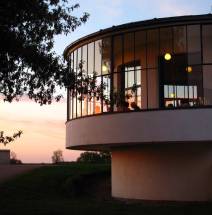